Which five London boroughs are actually in demand for homebuyers?

Home  /  News  /  Which five London boroughs are actually in demand for homebuyers?

Which five London boroughs are actually in demand for homebuyers? 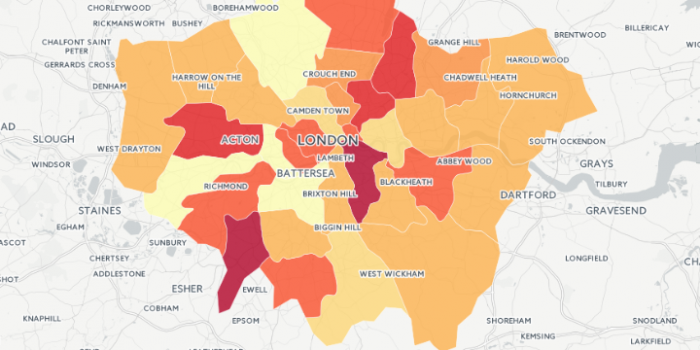 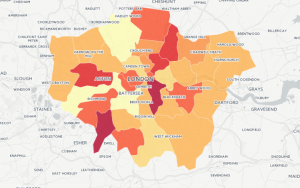 Before the referendum, many pointed to London as the property market that would be hit hardest by leaving the EU. Its luxury market had been weakening, a victim of stamp duty hikes for both high-value properties and investors. That has been compounded by political and economic uncertainty, and the threat of City jobs being moved abroad.

Overall, price growth in London has stagnated in the past three months, according to Halifax. Any price growth has been felt largely in the outer boroughs of London and in the commuter belt, as those seeking more room for a growing family have taken advantage of huge price growth in central London, and have injected that equity into those areas within commuting distance of the capital.

The influential residential survey from the Royal Institution of Chartered Surveyors reported that its members think there will be price falls across the country in the next three months. It says that London will continue to see price falls over the next 12 months. They also say that new buyer inquiries have been at the lowest level since mid-2008.

“People tend to revert to quality and more stable locations in unstable times. In London that means west and south west along the river, the traditional preferred locations,” says Adam Challis of JLL. In post-Brexit London, the market will be driven by buyers who need to move to upsize for a growing family.

“In this market, people will take comfort from areas which have had pretty robust [price rises] in the past,” says Lucian Cook of Savills.
So where are the areas growing in popularity? Analysis carried out by eMoov, the online estate agency, has found that only five areas saw increasing demand in London during the three months before the referendum: Waltham Forest, Hackney, Southwark, Ealing and Kingston Upon Thames.

It calculates the supply and demand balance, dividing homes listed for sale between those that are available and those under offer. “As demand increases, the more likely it is that prices there will rise,” says Russell Quirk, head of eMoov. Areas that are consistently in demand include Bexley and Hillingdon.

Ealing is in the throes of regeneration, with five new Crossrail stations popping up across the borough. In 2019, once the speedy east-west line opens, the commute to the West End will take just 11 minutes. It is also filled with green spaces and excellent schools, making it very popular with families.

It’s viewed as a maturing, quality market, where developers are building in earnest too.  It also represents value: according to Savills, the cost of a semi-detached house in Ealing is on average 56 per cent less than a similar home in nearby Chiswick.

The average price of a home in Ealing is £477,627, just a touch above London’s average. Lower comparable prices mean that house price growth has increased sharply, as buyers have spotted a bargain and had to pay less stamp duty. “Recent house price rises will only increase once the full benefit of the Crossrail project sets in,” says Quirk. eMoov’s analysis shows that demand levels here are up three per cent on the last quarter.

Gurpreet Maini, branch manager at Barnard Marcus in Ealing, says that it deserves its moniker of “Queen of the Suburbs”. “Demand from local investors that may have dropped off following the stamp duty changes has now been replaced with increased demand from first-time buyers, families, and now further speculative foreign investment looking to take advantage of the weaker pound.”

He adds: “Hanwell continues to be very attractive to the young family market looking for homes that start at around £600,000. Central Ealing Broadway is still the most popular area for the discerning and affluent first-timers looking to get on the ladder.” Prices there range from £450,000 to more than £3 million.

House prices here have rocketed 939 per cent in the past 20 years, but still demand continues to rise – eMoov calculates that it has climbed three per cent compared with last quarter, with house prices an average of £533,875. The area has benefited hugely from being on the Overground.

“Being able to use your Oyster card has made a big difference,” says Daren Haysom, head of Foxtons in Waltham Forest and Hackney.

“Before, people didn’t think of it as a viable option to get to work, whereas now it’s part of the network and everyone accepts it. Crossrail will do the same for the area around that eastern stretch.”

Elsewhere on the Overground, there remains a lot of value with room for house price growth. According to the online estate agent HouseSimple.com, prices in areas on the Overground are up just five per cent in the past 12 months, compared with overall London property prices up 14.5 per cent in same period.

“There’s still mileage in Hackney’s house prices,” says Haysom, adding that the areas around Hackney Wick, Clapton and Homerton are still changing and prices here are yet to catch up with the rest of the borough.

Waltham Forest offers “half-price discounts” from Islington and Hackney, says Haysom of Foxtons, describing it as “the next best thing” to its well-heeled southern neighbours. “House prices in the north London borough are considerably cheaper than the London average, at £418,000, offering a far more affordable option for those looking to travel into London without opting for the capital’s commuter belt,” says Quirk.

Walthamstow, which sits at the end of the speedy Victoria Line, has a village feel, full of boutiques and cafés, and with pedestrian zones. As a consequence, it has seen a surge in demand over the past 24 months. “This is evident with house prices increasing by circa 15 per cent between June 2015 and March 2016 alone,” says James Barton of Knight Frank.

Leyton and Leytonstone “have been the less desirable areas, with people tending to go as far out as Stratford, and then skipping over them to go further afield into South Woodford and Woodford,” he adds. Now, developers have moved in and first-time buyers are taking advantage of Help to Buy, the government-backed scheme. Beyond that is Highams Park and the 6,000-acre Epping Forest, an ancient woodland that straddles the border between Essex and London.

From the South Bank, to Bermondsey, to Camberwell, Dulwich and Peckham, Southwark is a very diverse borough, stretching across three Tube zones. House prices average £516,675, and its demand level has increased by 47 per cent compared with last quarter.

It has street after street of period houses, with tower blocks, and the highest level of social housing in London. There is a huge amount of new development, including around Elephant and Castle, with Walworth, Camberwell and Peckham the best places to pick up a bargain.

With the potential extension of the Bakerloo line down to Old Kent Road or Camberwell Green, prices are likely to shoot up. Adam Gould, branch manager at Barnard Marcus Kennington, says the majority of his customers are first-time buyers, hoping to pick up ex-local authority flats around Camberwell for around £350,000. He adds: “The referendum has not really affected this area – we still have lots of buyers ready to buy.”

With a 59 per cent increase in demand during the past three months, Kingston is increasingly appearing on buyers’ radars as somewhere that is one foot in, one foot out of London.

“The borough blurs the lines between London and neighbouring Surrey, offering all the perks of living in London in terms of a short commute, but with the option of spending your weekends in leafier climes,” says Quirk.

“We get a lot of London buyers, from Southfields, Tooting and Clapham. For them, it’s perfect for those who want to step out of London but who aren’t ready to step out to the countryside,” says Daniel Lavin of KFH.

Many buyers come from Earlsfield, on the same train line that runs into Waterloo station. They look down the line for more space and access to nearby Richmond Park.

North Kingston and Kingston Vale have large houses between £750,000 and £1 million, with room to build extensions and gain value; South Kingston is slightly cheaper, with big Victorian homes going for £650,000.

With the average house price at £484,213, Lavin says that this post-Brexit market is the perfect time for very motivated buyers, ready to negotiate hard for bargains.

Comments Off on Which five London boroughs are actually in demand for homebuyers?
← Hot Tubs the Latest Must Have
Most affordable place in the UK for first-time home buyers revealed →