UK property prices up 0.2% month on month in July and annual growth slowed

UK property prices up 0.2% month on month in July and annual growth slowed 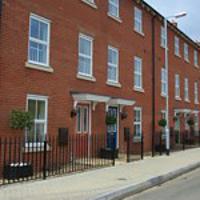 Residential property prices in the UK increased by just 0.2% month on month in July and by 5.5% year on year to £293,318, according to the latest index data to be published.

But there has been a gradual decline in annual growth since February when it was running at 8.9%, and excluding London and the South East year on year growth was 4.8%, the figures from the LSL Property Services/Acadata index shows.

The index also shows that quarter on quarter sales were down 20% year on year compared with the second quarter of 2015 but the index report says it is too early to say if Brexit is impacting the market.

The East of England was the top performing region with annual growth of 9.3%, up from 9.1% the previous month. This was followed by annual price growth of 7.2% in the South East and 6% in Greater London.

According to Adrian Gill, director of Your Move and Reeds Rains estate agents, while the vote to leave has definitely resulted in uncertainty, there’s near unanimity among commentators that the impact is yet to show in the figures and for now, we’re left with mixed signals.

He explained that on the one hand, house price inflation on an annual basis continues to slow year on year but last month saw the market continue its fight back following price falls in March to May with July recording a modest gain after June’s 0.5% rise, with average prices up 0.2% or £700. However, overall this means prices remain £3,386 below their February peak, but £15,422 above their July 2015 levels.

Comments Off on UK property prices up 0.2% month on month in July and annual growth slowed
← Slight pick-up’ in August house prices
Where can you get a Home Buyers Survey? →