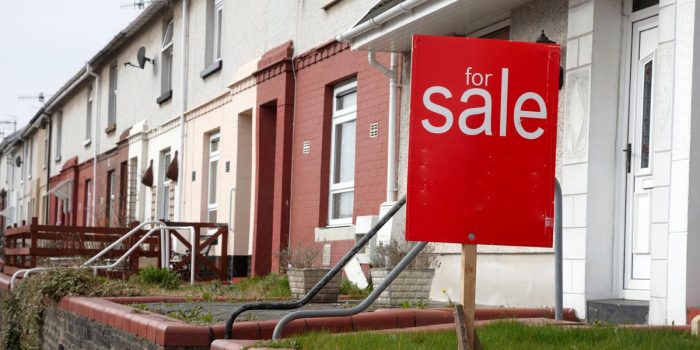 House prices in the UK went up by 0.6 per cent between July and August, putting the average price of a UK property at £206,145, according to the latest figures from Nationwide Building Society.

This compares with a 0.5 per cent rise between June and July, while annually house price growth in August was up from 5.2 per cent the previous year to 5.6 per cent.

Robert Gardner, Nationwide’s chief economist, says that this ‘slight pick-up’ in the annual rate of house price growth remains within the 3 per cent to 6 per cent range that has been evident since early 2015. ‘The pick-up in price growth is somewhat at odds with signs that housing market activity has slowed in recent months,’ he says.

‘New buyer enquiries have softened as a result of the introduction of additional stamp duty on second homes in April and the uncertainty surrounding the EU referendum. The number of mortgages approved for house purchase fell to an 18-month low in July.’
LACK OF HOUSING

Mr Gardner puts down this softening of the market to a dearth of properties on the market, adding: ‘The decline in demand appears to have been matched by weakness on the supply side of the market.

‘Surveyors report that instructions to sell have also declined and the stock of properties on the market remains close to 30-year lows. This helps to explain why the pace of house price growth has remained broadly stable.’

Commenting on Nationwide’s report, Russell Quirk, founder and chief executive of online estate agent eMoov.co.uk, says: ‘Now two full months on from Brexit D-day and there’s still no inkling that there has been any immediate impact on the UK housing market – in fact, quite the opposite.

‘House prices have increased 0.6 per cent in August, a marginal increase but double that when compared to Nationwide’s figures for this time a year ago.

‘So rather than the changes to stamp duty and the Leave vote toppling the property market, we’re actually in a stronger position than we were in August 2015.

‘This continued increase has been attributed to a slowdown in both buyer demand and housing supply, which has helped to keep the scales finely balanced. However, this cooling in the market on both sides of the fence highlights that any steam lost is almost certainly a seasonal adjustment.’
BUYER’S MARKET

Nicholas Finn, executive director of Garrington Property Finders, adds: ‘Despite the headline rise in the rate of price growth, this second month of post-referendum data reveals a property market that is still unsettled rather than upbeat.

‘There’s a growing sense that this is a buyer’s market – with the more bold frequently asking for substantial discounts – but many are still being cautious as the dust has yet to settle.

‘Crucially, sellers have battened down the hatches rather than abandoned ship. Price growth has eased, and among the top tiers of the market, prices have returned to more genuine market levels.

‘Buyers who had been waiting for the post-Brexit slump to bottom out should act fast, or they risk missing the boat.’